Piers Morgan was raging on Good Morning Britain today when discussing some rule changes at Wimbledon.

This year, Wimbledon umpires are barred from calling female players “Miss” or “Mrs”, instead using their last name only.

However, they are still permitted to use “Ms” if there is a penalty or a foul call.

Piers wasn’t happy with the removal of the marriage signifiers, claiming it’s an “insidious attack on chivalry”.

“What is wrong with you women? Why can’t you take a compliment?”

He raged: “What is wrong with you women? Why can’t you take a compliment?

“A lot of women, if you open the door for them, they look angry – ‘How dare you infringe on my feminist rights?’

“It’s polite, it’s chivalrous, it’s gentlemanly, all the things you’re not allowed to be any more.

“It’s another insidious attack on chivalry, on men being allowed to be chivalrous. You’re not coming to get us, you’re running away from history, traditional chivalrous behaviour.” 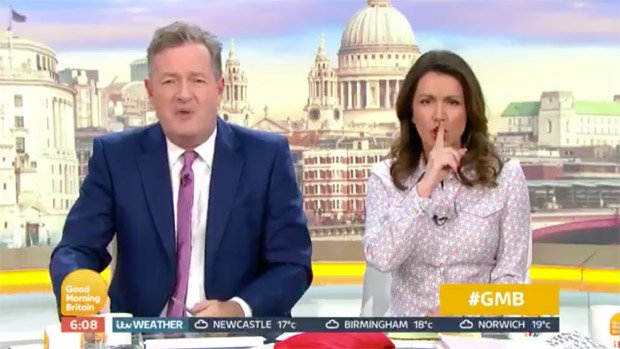 Susanna Reid, who didn’t see why it was important to point out a woman’s marital status, clearly had enough as the rant went on.

Eventually, she put her finger to her lips and shushed her co-host, who fumed: “Why can’t you just allow men to be chivalrous?”

It didn’t go down well with Piers, who seemed get more amped up and sharply said: “Don’t shush me.” 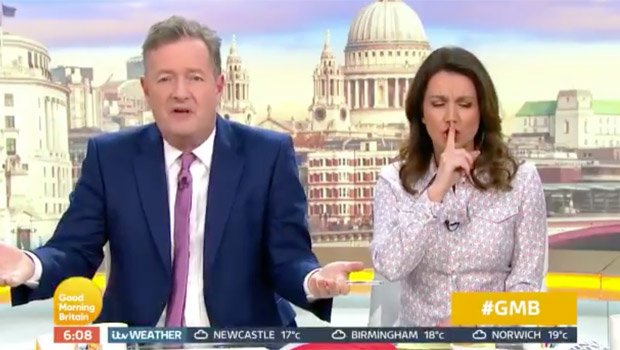 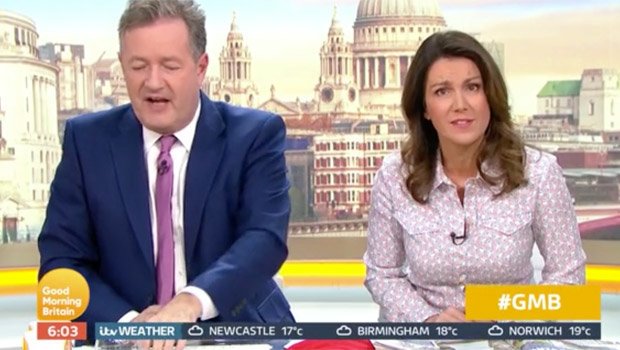 But in what was perhaps an attempt from producers to end the segment, they focused the camera on Susanna who continued to shush Piers.

It sounds like a safe bet to say that Piers won’t be tuning into any of the women’s matches.