Love Island USA is back for another series with ten new singletons from across the country ready to enter the villa and try and find their perfect match.

MORE: All you need to know about Love Island USA

However, fans tuning in will have spotted that Arielle Vandenberg, who has been hosting the show since it began in 2019, has not returned for the new series as it makes its move from CBS to Peacock. Instead, Modern Family actress Sarah Hyland is now fronting the dating series.

Sarah confirmed that she would be taking over as host last month when she took to Instagram with a photo of herself wearing a bikini and holding a wine glass which was captioned: “I got a text!!!! And its a juicy one! I can’t wait to be your new host of @loveislandusa #hostesswiththemostess #loveisabeach @peacocktv.”

MORE: Here’s how you can watch the UK series of Love Island in the US

MORE: 9 of the most dramatic moments in Love Island history

The announcement sparked a huge reaction from fans who, while delighted for the actress, were a little confused as it had not yet been revealed that Arielle would not be returning as presenter for the new season.

To set the record straight on why she is no longer part of the show, Arielle shared her own Instagram post explaining all alongside photos capturing her favourite memories from filming.

“I was cast to be the host of CBS’s version of Love Island and we had 3 amazing seasons!” her caption read in part. “Unfortunately, CBS didn’t pick it up for a fourth season. The show is now going to Peacock and it being a different network, they are rebranding it completely, including a new narrator and new host. 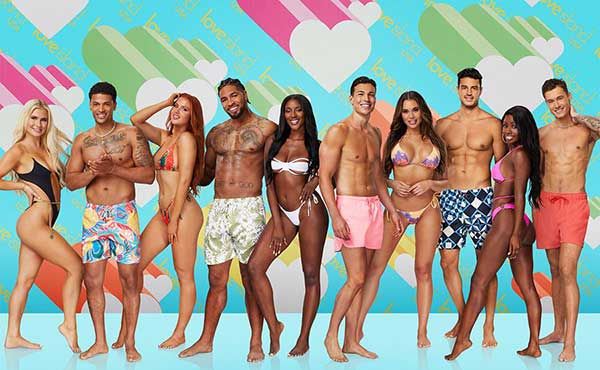 Are you watching the new series?

“Though I am truly sad that I will no longer be a part of the show, I’m so happy for my friend @sarahhyland you’re gonna kill it! 🙂  To sum this up, I just wanted to come here to let all of you know how much I have loved and appreciated your support over the last 3 seasons of @loveislandusa.”

As Arielle’s caption revealed, Matthew Hoffman has also been replaced as the show’s narrator. This season Scottish comedian Iain Stirling – who is the iconic voice of the UK version of the show – is lending his voice to cheekily poke fun at the contestants and their drama.