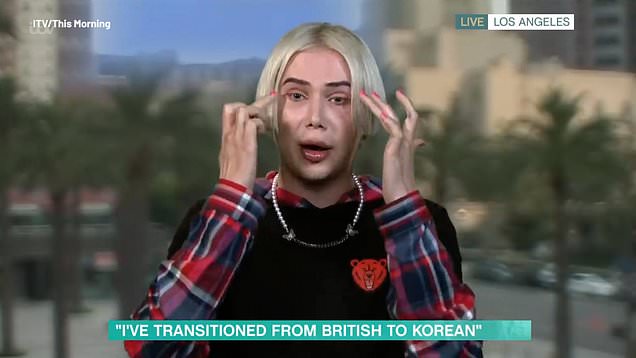 Ofcom has received a slew of complaints after viewers of ITV’s Morning Show were left outraged by an interview with influencer Oli London, claiming it ‘offended Korean people’.

The broadcasting watchdog received 123 complaints after Oli, who is non-binary, said that they identify as Korean following a variety of cosmetic surgeries to look like BTS star Jimin.

The 31-year-old, who is white and from England, previously came under fire for ‘coming out as Korean’ during Pride Month.

Oli has claimed that they are ‘transracial’, saying they now have ‘Korean eyes’ after surgery.

They explained their thoughts during a chat with Holly Willoughby and Philip Schofield.

‘So my love for Korea started about nine years ago, I used to live in Korea and I was an English teacher there,’ they said. 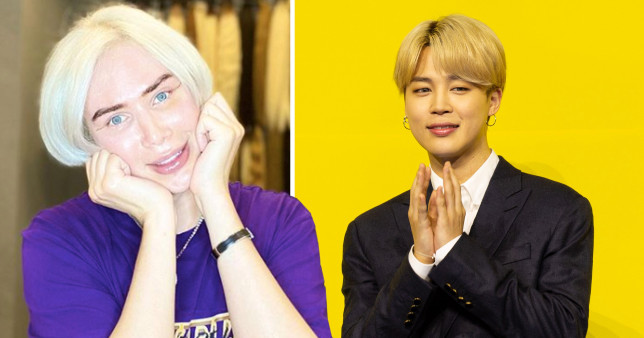 ‘I just became so fascinated with the culture, everything about it, the language, the food, the people and that’s actually when I started having plastic surgery to have the Korean look.

‘I’ve just become absolutely obsessed with Korea and finally I’ve just had my transition surgery on my eyes and brow to complete my new Korean look and I’ve never been happier.’

The social media influencer said that they have always felt ‘trapped’ within their own body, which they said is changing now that they ‘identify as Korean’.

Oli went on to say: ‘I feel great and I hope people can respect that this is the way I identify, this is how I feel and I’m just living my best life and I mean no offence to anyone.’

When the episode aired viewers took to Twitter to echo the sentiments of the Ofcom complaints.

‘Can’t believe what I have just witnessed on #ThisMorning. You are NOT Korean and you can’t just change your race by having 15 surgeries,’ one person wrote.

Others commented on the interview saying that they filed complaints with Ofcom.

So far Oli has already spent £175,000 on surgery but said they have their heart set on more procedures.

They have also had liposuction, whiting injections, lip filer and nipple correction.

This Morning airs weekdays at 10am.