THIS Morning has viewers glued to the edge of their seats most days – yet the chaotic nature of live TV often makes for the best bits.

The ITV daytime series has now cobbled together a montage of its 'very professional' best bits to entertain fans during the half term period. 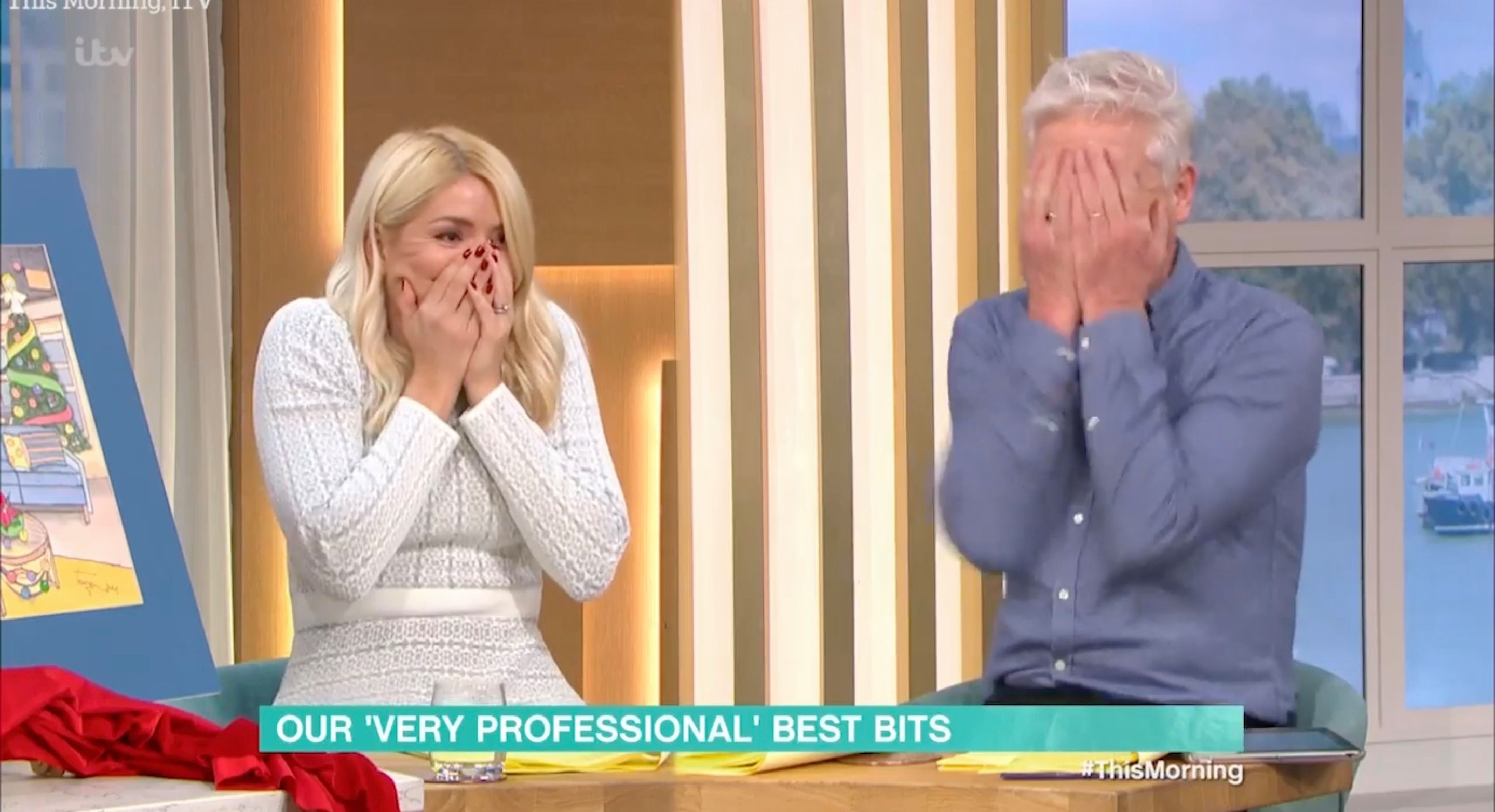 The four-minute clip kicked off with telly chef Gino D'Acampo distracting hosts Holly Willoughby and Phil Schofield by baring his bum off-screen before a host of fireworks stunned Holly from behind a sofa.

The mum of three then pleaded with viewers to "close their eyes" after revealing a prize winner too early, before co-presenter Josie Gibson caused hilarity falling off an inflatable obstacle course.

Incidents also guaranteed to cause hilarity included when Holly exclaimed: "I like a cock-a-chon," in a funny innuendo in response to seeing actor Russell Crowe's pooch, before realising he might still be on the video call.

This Morning's Friday presenters Alison Hammond and Dermot O'Leary weren't absent of animal action either, as a pooch did a poo on the studio floor live on air. 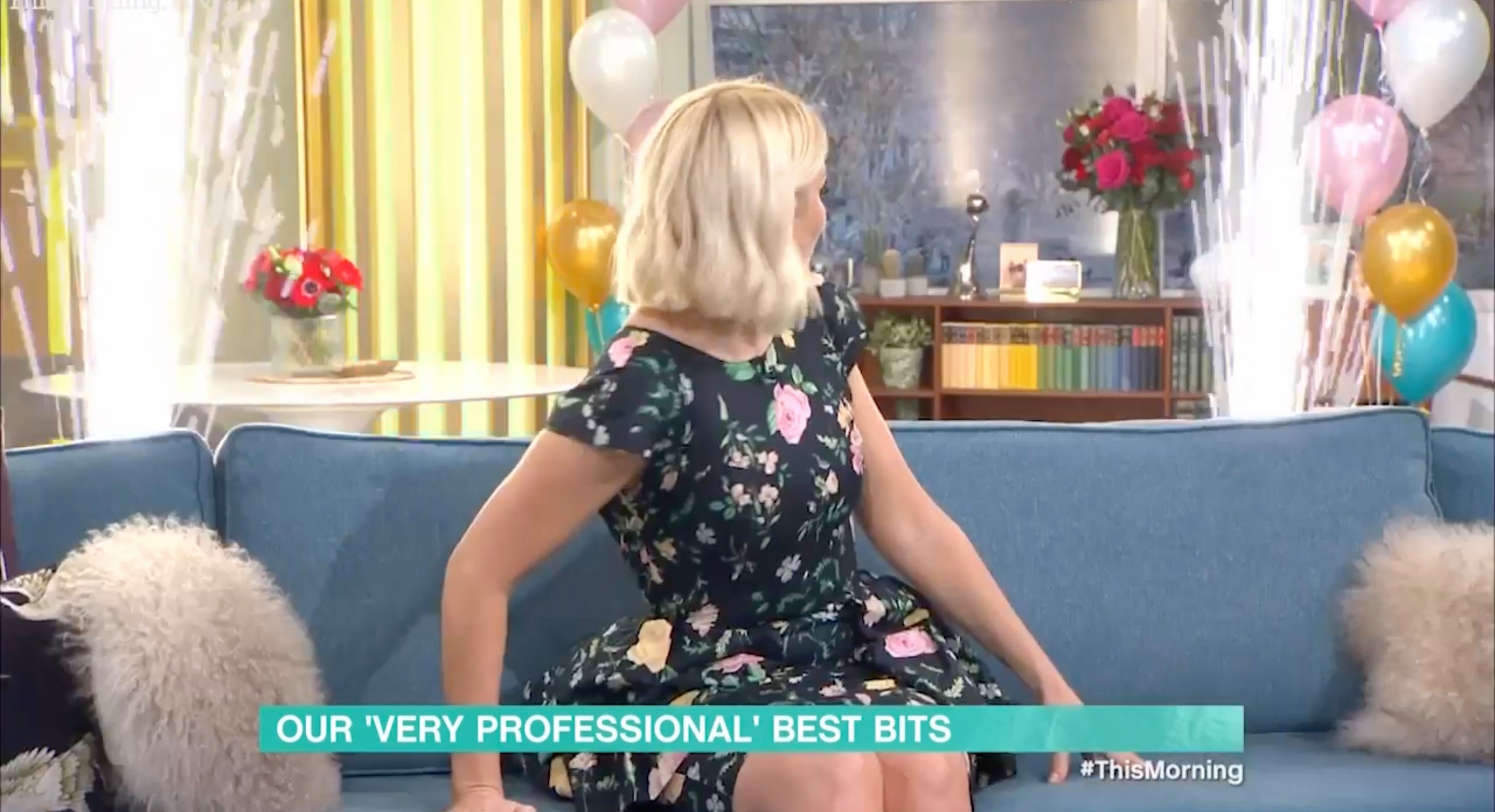 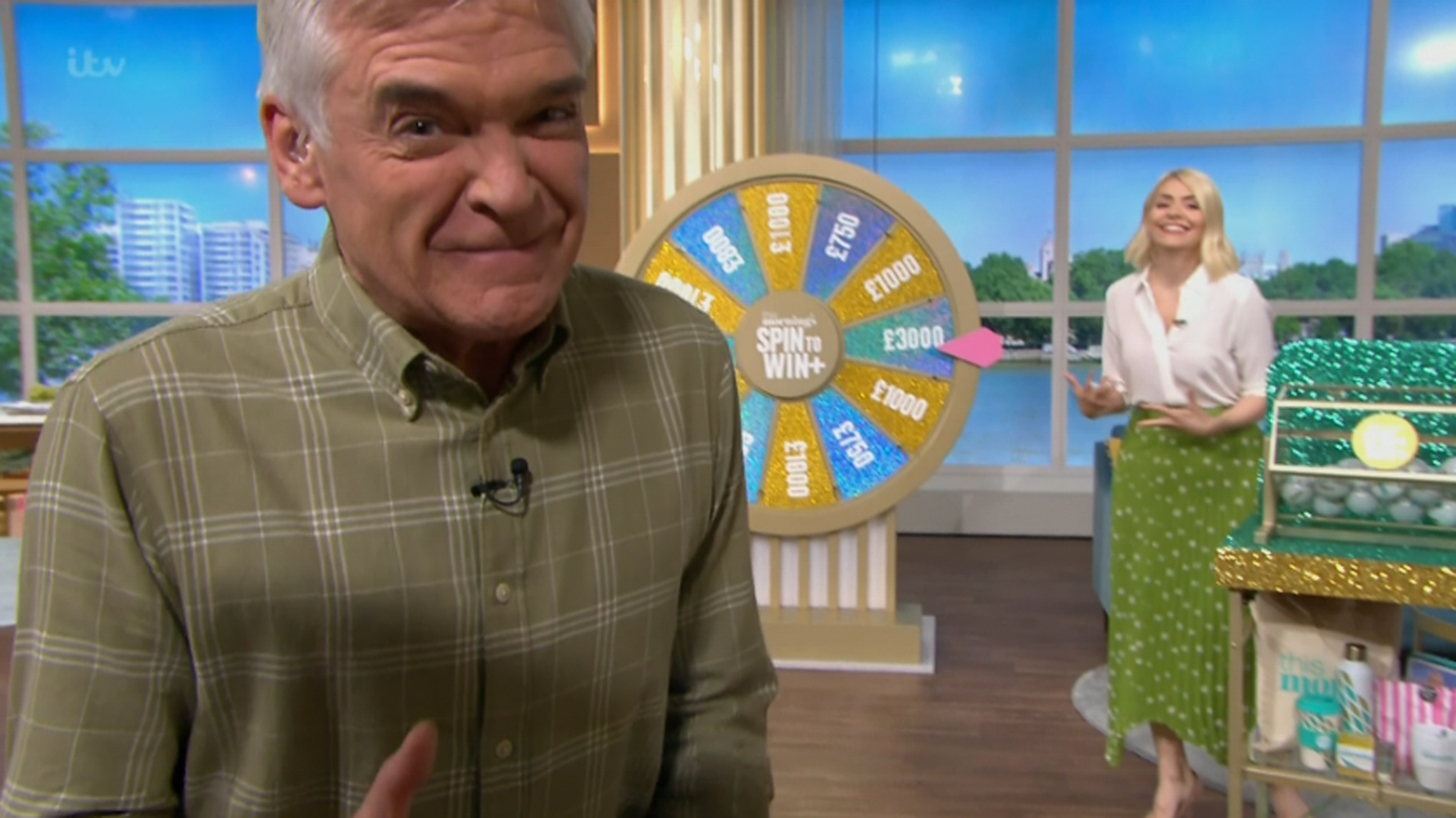 Dermot was also forced to dive off-screen mid-segment as he needed the loo in a rib-tickling confession on air.

This Morning's Spin To Win game is never without incident, with viewers often failing to remember to either answer their phone point blank, or answer it with the correct catchphrase.

One particular episode saw Phil so infuriated he rushed to the camera and screamed: "Don't make me!" as he jokingly threatened those at home.

Meanwhile, the daily cooking segment is prime territory for a blunder – as showcased by John Torode and James Martin. 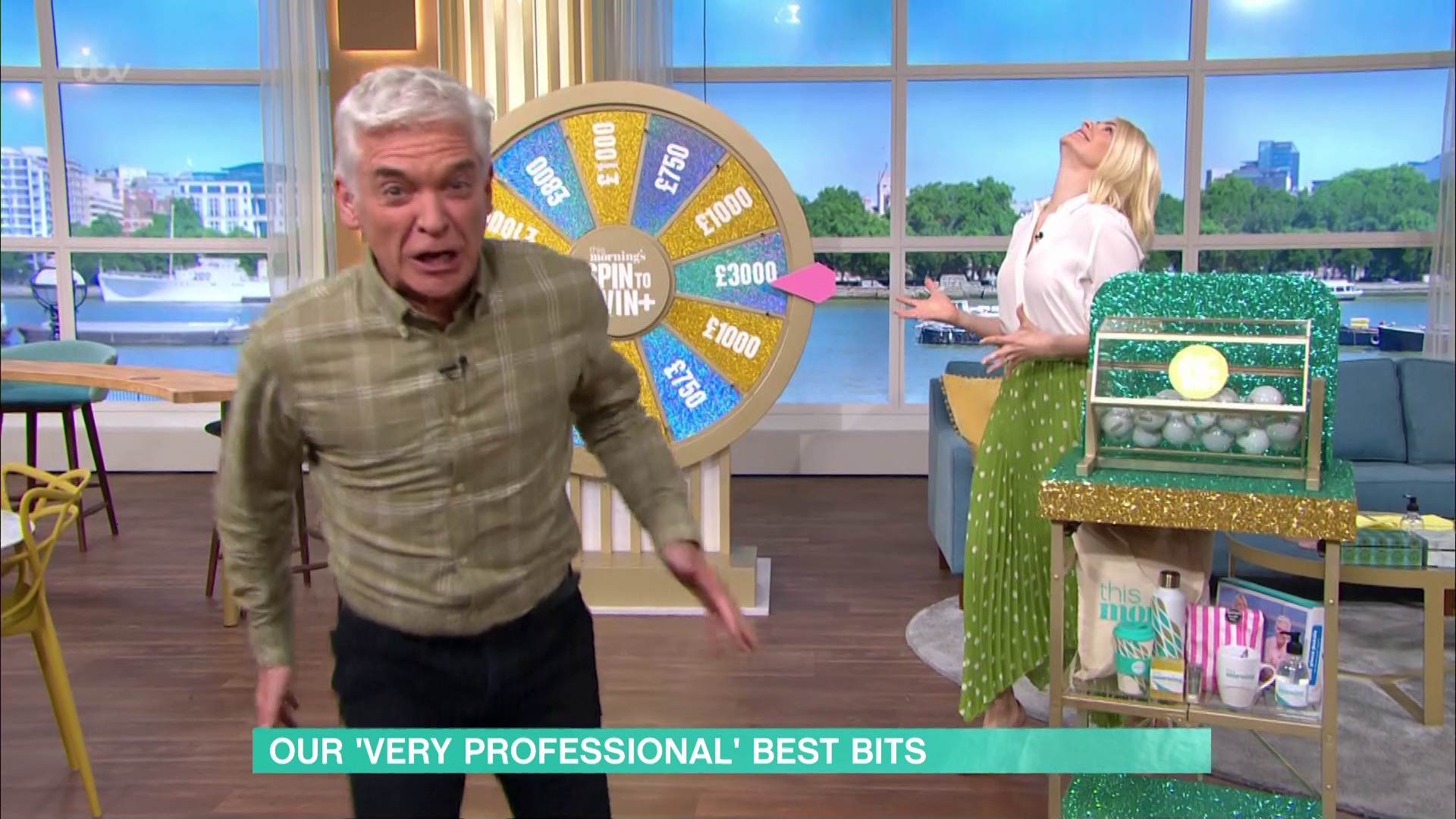 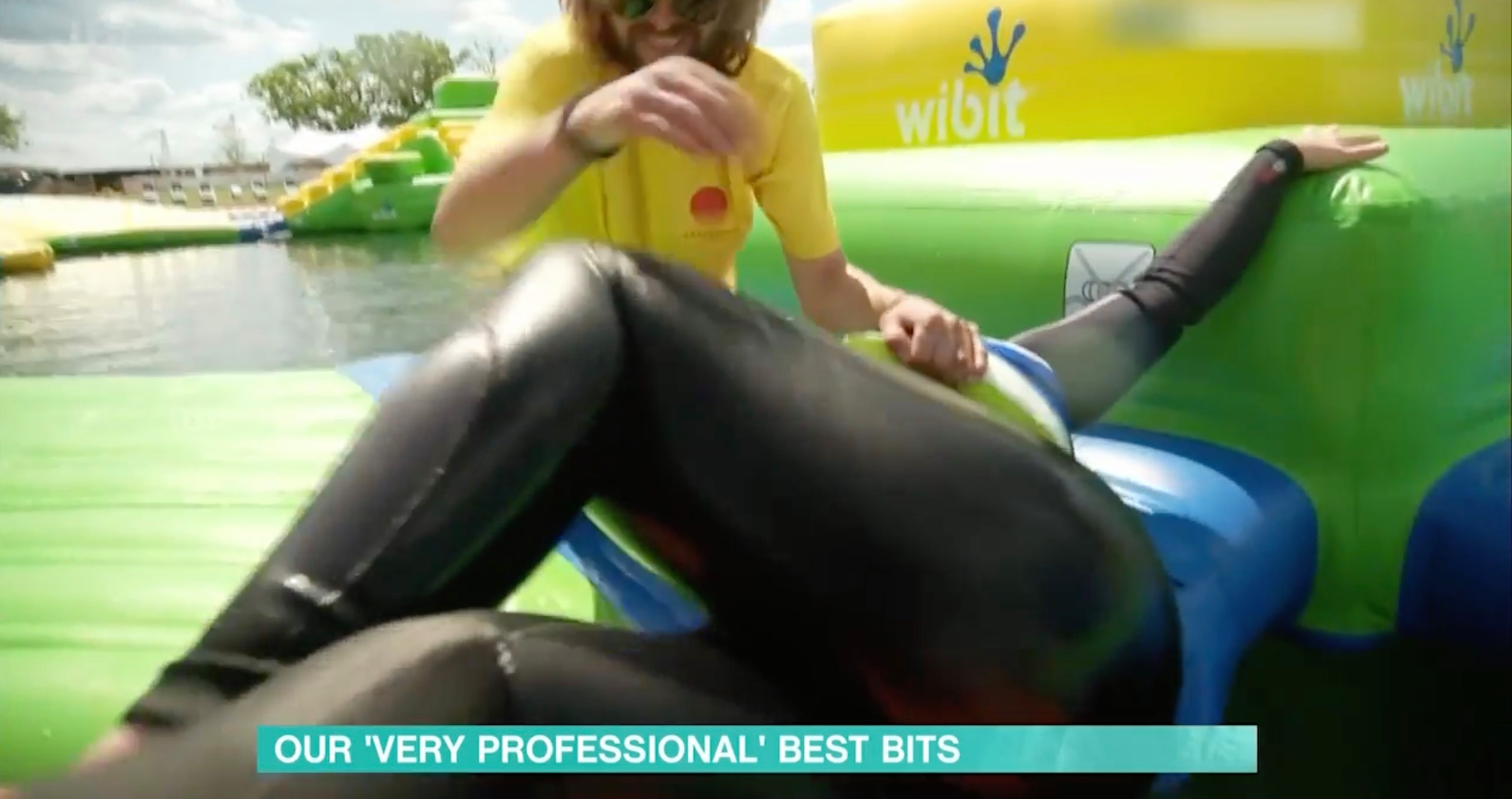 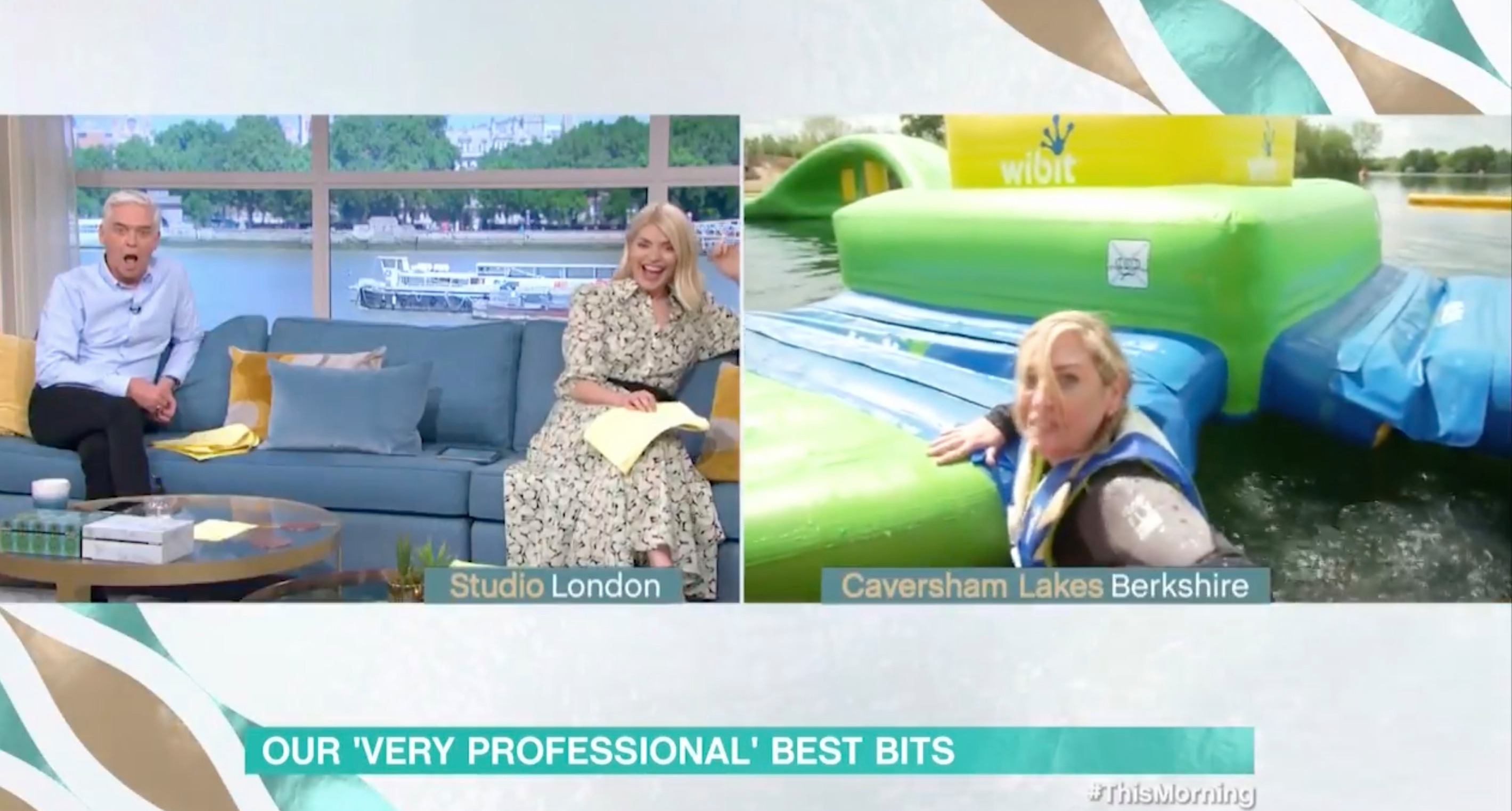 MasterChef host John appeared blissfully unaware his picture-perfect kitchen was about to be engulfed in flames when he left his tea towel on the gas hob.

Phil was forced to scream an alert through the camera which forced John to take note and calmly grab the cloth and run it under the tap.

The sense of relief was clear as he narrowly avoided a huge disaster on screen.

Meanwhile James was actually on the studio floor when his mishap with a blender occured. 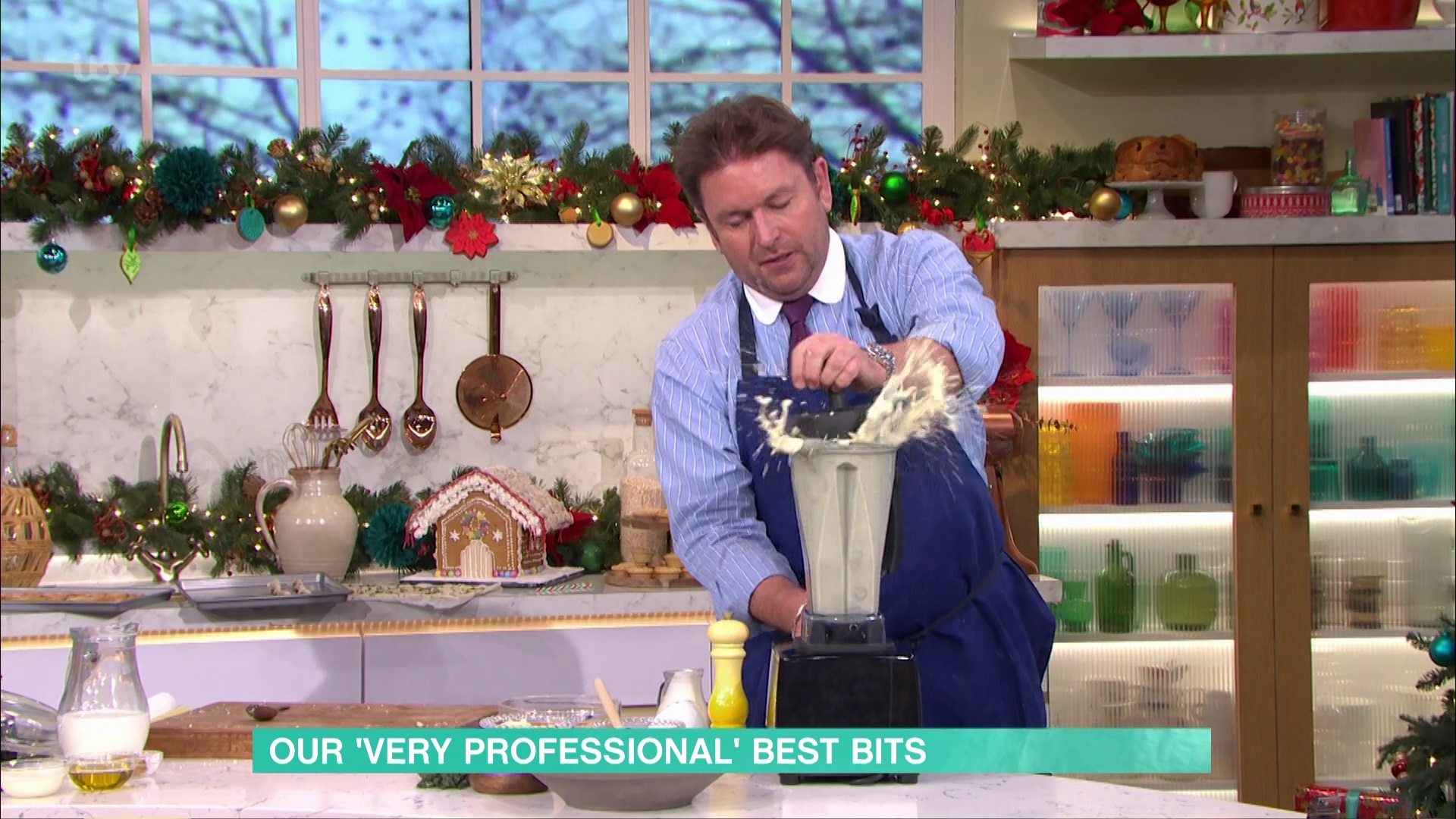 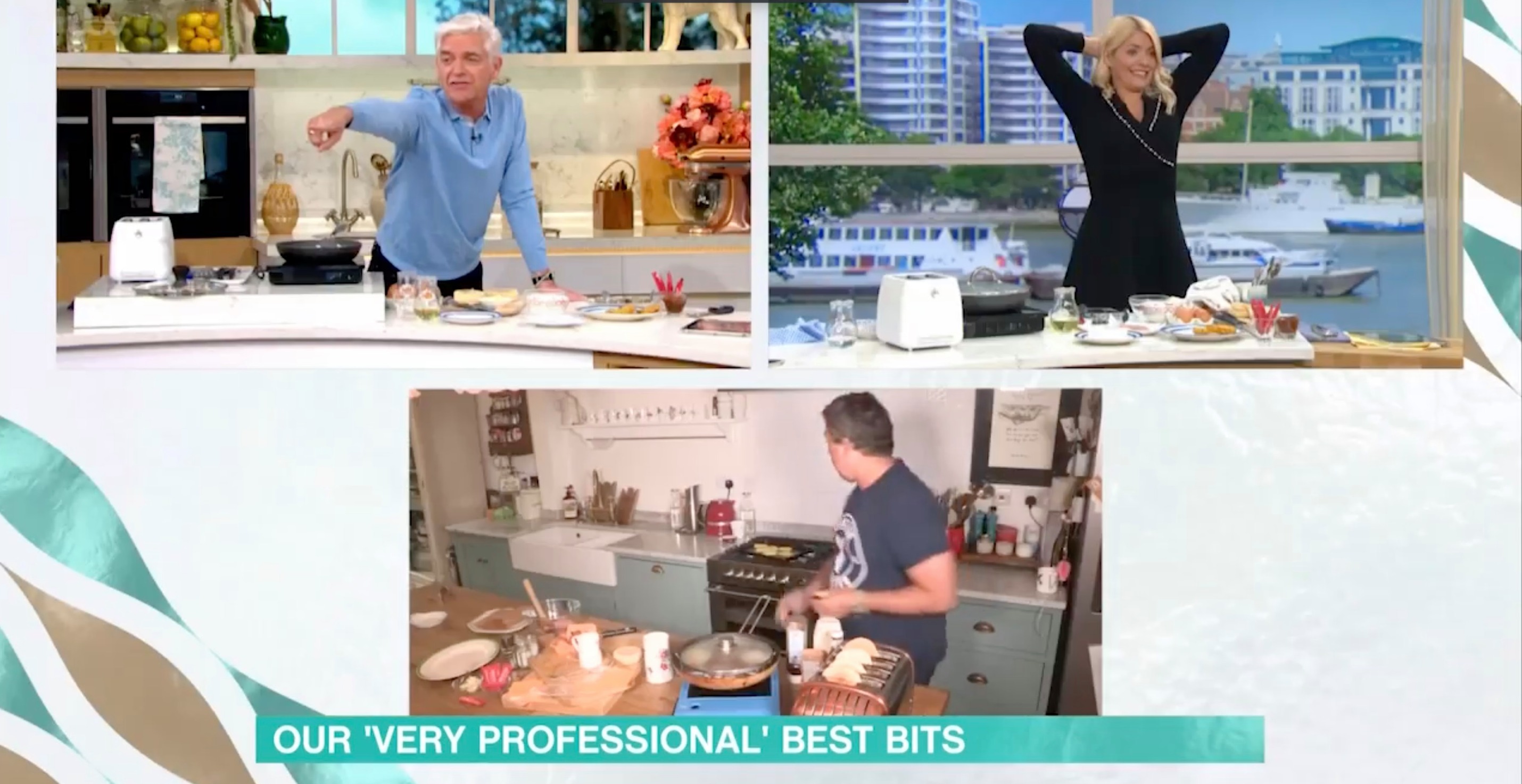 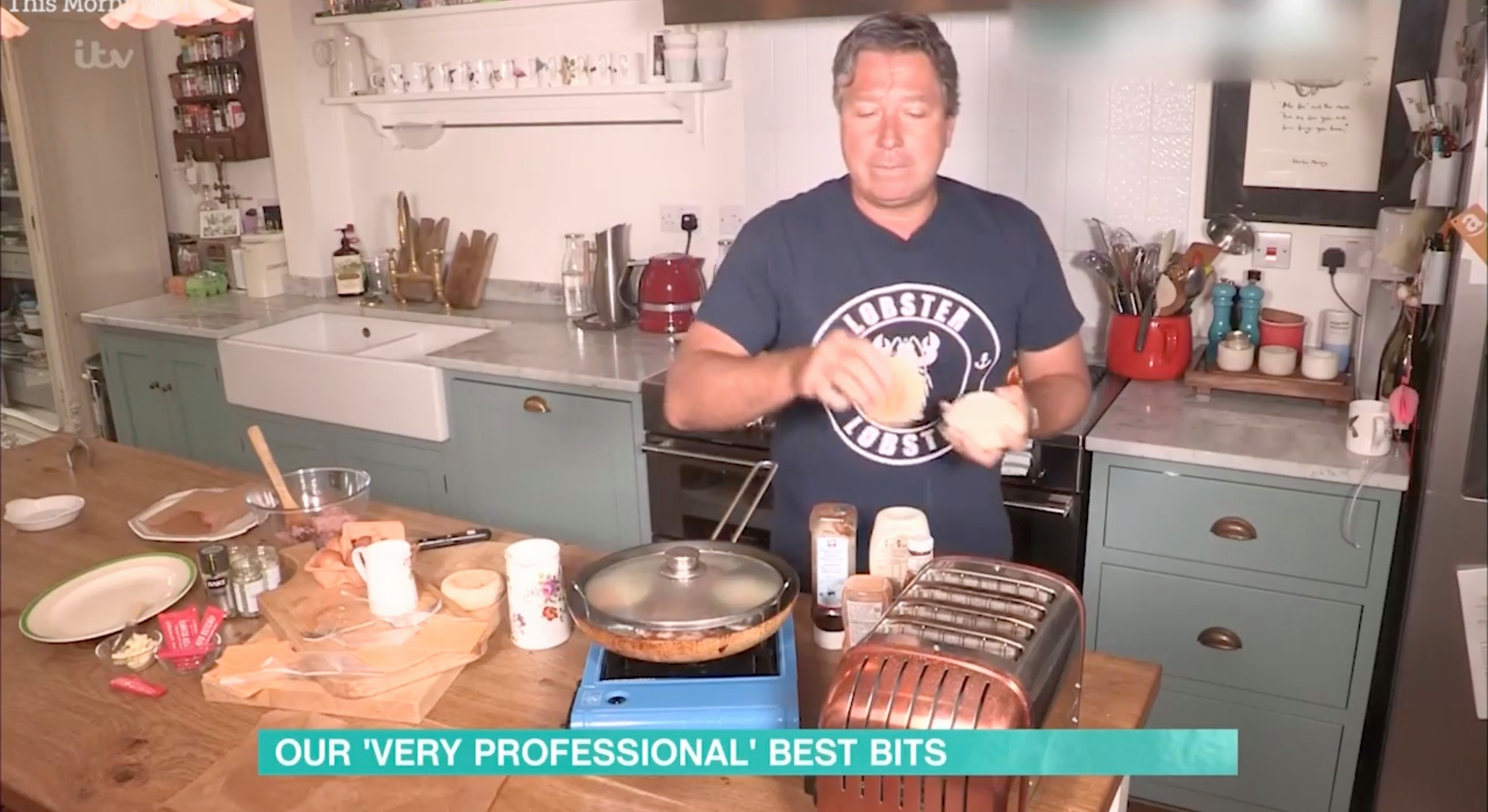 It came as he started up the machine while it was on, causing the liquid to squirt out onto his shirt.

When Ruth Langsford and Eamonn Holmes were covering the half term break, they were left baffled by a soup with the innocent name 'cock'.

After a cheeky joke, the hosts were lost for words.