With Top Gear adapting to the times amid the coronavirus pandemic, the latest series on BBC One has a distinctly different look to those in recent years. Instead of taking place in a studio, Freddie Flintoff, Paddy McGuinness and Chris Harris now present the motoring show from an outdoor stage, with fans in attendance socially distanced and stood by their own cars. And it was while discussing this new addition to the show which prompted Paddy to issue a cheeky swipe to BBC cohort Gary Lineker.

It was announced earlier this year that Gary was the highest-paid name at the BBC, taking home approximately £1.75million from 2019-2020.

Gary’s a familiar face to BBC viewers and sports fans as he hosts Match of the Day and the broadcaster’s FA Cup and Premier League coverage.

However, soon after the pay list was announced, Gary had agreed to take a £400k pay cut by signing a new contract, reducing his salary by 23 percent.

And while the salary of the former footballer hit headlines and sparked conversation among taxpayers, it’s also something which appears to have caught the eye of Top Gear host Paddy. 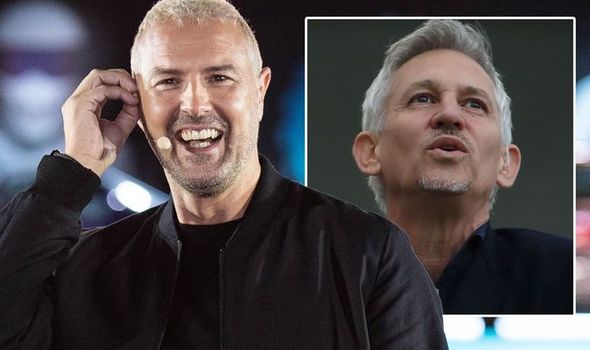 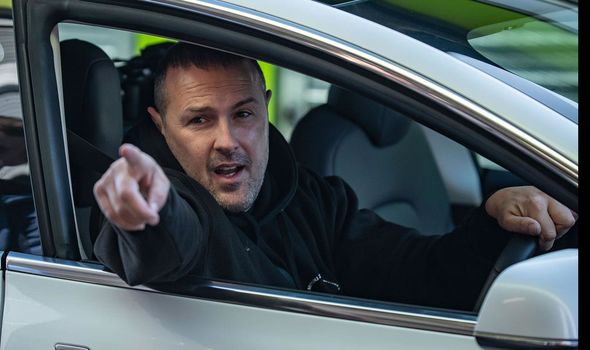 The swipe came moments after the opening Top Gear this evening as Paddy, Chris and Freddie couldn’t help but admire the new set they were presenting from.

Chris had just finished heaping praise on the vehicles he could see from the stage, telling his co-host: “Paddy, I’m in heaven.”

Paddy replied: “Well, almost in heaven. BBC One, to be precise.”

The joke prompted laughter from the audience as Paddy continued: “And they’re spoiling us as well, 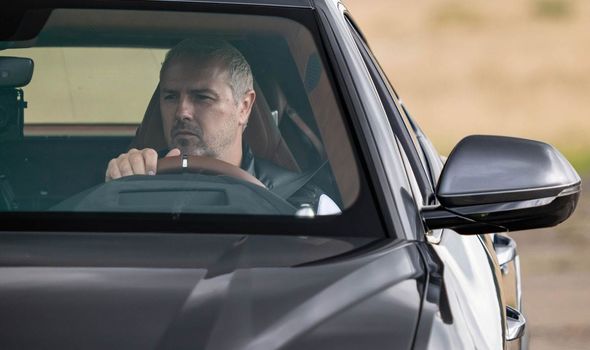 However, Freddie pointed out: “I know, but he does earn some money, don’t he, Pad?”

“He does,” Paddy agreed as he let out a laugh. “In fact, BBC, if you’re watching,

Again, the Top Gear audience let out a laugh as Paddy poked fun at his colleague’s pay packet.

The trio then moved on with the show, sharing with viewers a trip they made to Cyprus back in February.

Each of the stars were given their own rental car to try out in the sunnier climate, filmed prior to COVID-19 restrictions.

It’s a film Paddy admits he “took for granted” as the coronavirus pandemic continues to bring a number of new travel restrictions across the globe.

“Looking back on the Cyprus trip,” he told the BBC. “We all took for granted jumping on a plane and going off to places before COVID-19.

“We landed and I think two weeks later the government said that’s it, everything’s in lockdown.

“We were out there filming and getting the tail-end of it and thankfully we got it in the can.

“I went to Cyprus when I was younger but like everyone else when you’re 19 or 20 you go to Ayia Napa, and then I find out you can actually go on a skiing holiday and take the cars down the ski slope!”