BBC Woman’s Hour host Emma Burnett first sparked the debate over sexism in the term Lionesses after reading aloud a listener’s question on her show. Emma put to former England footballer Anita Asante: “Do you like the term ‘Lionesses’? Why not ‘Lions’, why do we have to call them ‘Lionesses’?” The suggestion of sexism in the term has led to widespread disapproval, with This Morning guest Tom Swarbrick leading the charge as he blasted the idea on the ITV show on Thursday.

The debate arose on the BBC radio show less than 24 hours after the women’s national team reached the final of the European Championships.

Led by captain and one of four goalscorers, Beth Mead, England swept aside Sweden to tee up a tantalising final with Germany on Sunday.

But with the sexism row surrounding the term Lioness threatening to divert attention away from the team’s success, Tom didn’t hold back.

“It’s sexist if you think defining the differences between men and women is sexist,” the LBC presenter began. 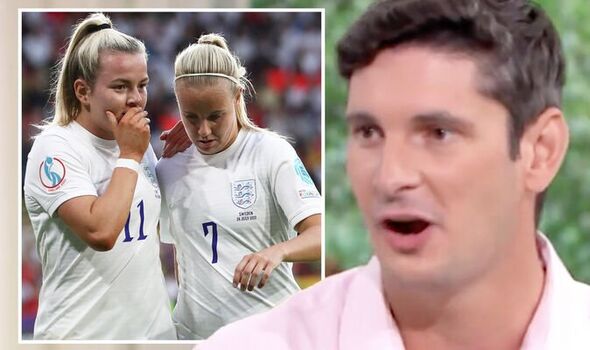 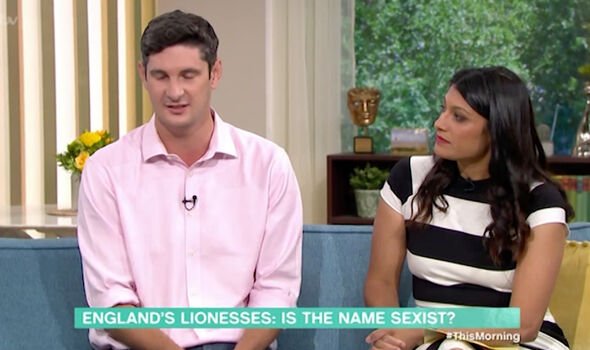 Tom continued: “If you think that words that describe the differences between men and women are sexist then yeah, I guess this is sexist.

“It’s utterly pathetic,” Tom went on. “Actually, as you say about lionesses, they actually do more of the hunting, they sleep less and they do way more of looking after the cubs.”

“You’ve taken the words out of my mouth,” Mollie laughed. “Like you say though, it’s such a shame. 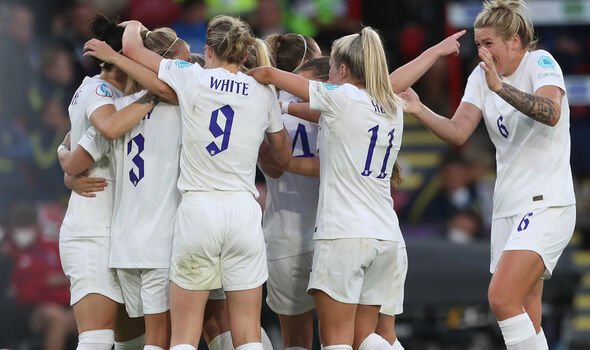 How England reached the Euro 2022 final

“I feel like this has brought the country together massively, everybody is so excited about Sunday.

“Does this need to be the focus right now, the names, what we’re calling the team?”

“No, it’s embarrassing,” Tom replied. “No one seriously thinks that this is a good idea,

“Or sensibly thinks this should be changed… they’re not really lionesses! They’re women, so the whole thing is completely ridiculous.”

And Tom’s stance was echoed by plenty at home, with Twitter user @Mabel_Mouse reacting to the debate: “How is the term ‘lioness’ sexist? F*****g hell, some people need to get a life. #ThisMorning.”

Elsewhere, @Boppity_Boo34 concurred: “Is lioness sexist no b****r off  #ThisMorning.”

“What a ridiculous debate. The answer is no end of. Shouldn’t even be a discussion never mind it being on TV.”

And @snoopsaj weighed in: “Aww for goodness sake lionesses is sexist just actually shut up its becoming ridiculous this woke culture needs a slap.

“Stand up and be proud of those lionesses they are fierce and powerful #ThisMorning.”