Going to air the day before winter commences, the one ABC show where you're allowed to throw dirt jumps into a seasonal special with Costa Georgiadis beneath an umbrella in Toowoomba, Australia's second largest inland city. He visits a community garden where plants and refugees thrive, before the correspondents cover a walled garden, found materials for climbing frames, and plantings.Gardening Australia broadly has two types of viewers: green thumbs who want expert tips, and black thumbs who want to imagine themselves curating the soil. The fact that both contradictory sides can enjoy the long-running series is testament to its openness and accommodation – people matter, not just plants. 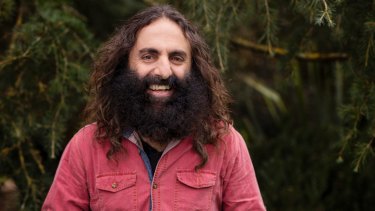 The sixth season of Michael Schur and Dan Goor's warm-hearted and inclusive police station sitcom arrives under better conditions than the fifth: facing cancellation then, this time the show already has a future seventh season confirmed. The series has more than earnt it as the wit remains engaging and generous, while the characters have found full and idiosyncratic lives after the initial focus was Andy Samberg's haphazard detective Jake Peralta. Brooklyn Nine-Nine is a great gateway comedy, too – 12, 13, and 14-year-olds get such amusement from it.