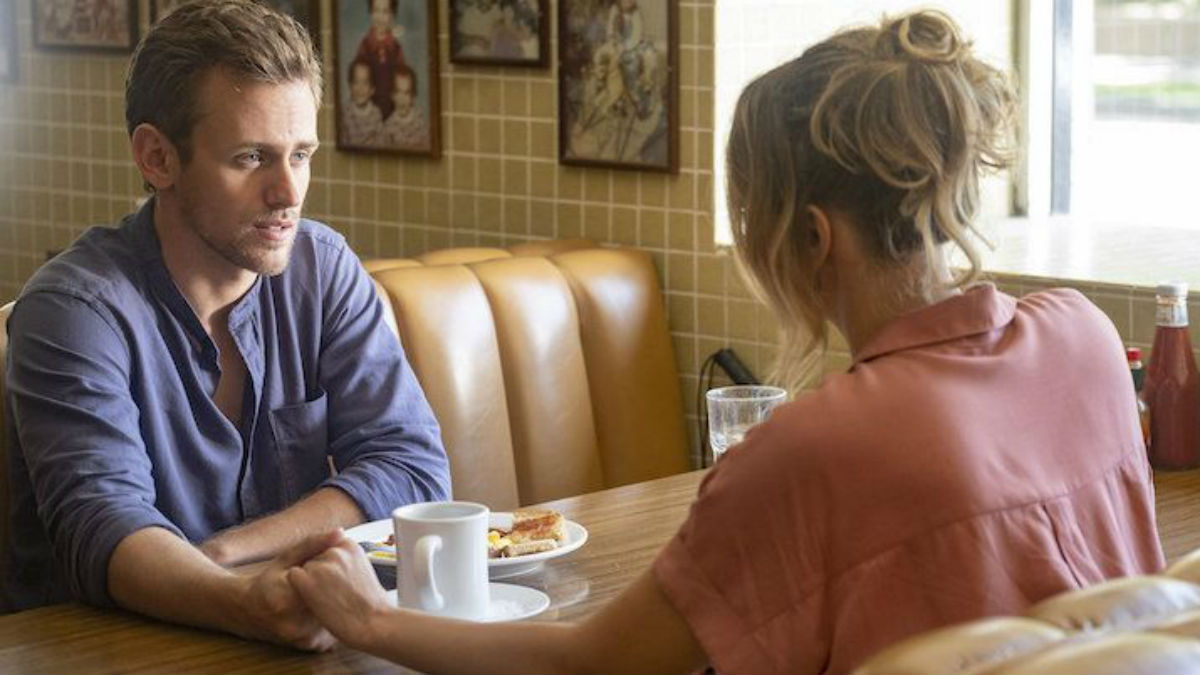 The This Is Us Season 4 premiere was almost like a pilot for a new show. The hour focused partially on a young Jack and Rebecca but they were the only Pearsons featured until the end.

Jack and Rebecca met her parents in the past. In the present, fans were introduced to a few new characters. The entire episode was confusing wondering how these characters were linked to mama and papa Pearson.

In true fashion, Fogelman waited until the last few minutes to deliver several shocking twists. The show has managed to once again quickly get fans invested in new characters that they know very little about.

Each new addition has a connection to the core Pearson family. In classic This Is Us style, the show left fans asking more questions than it answered.

Jennifer Morrison plays Cassidy. She is a present-day war vet struggling to adjust to life after war and outside the military. One of the shocking twists at the end is Nicky and Cassidy.

The two never speak, but they lock eyes after he throws a chair through her support group’s window. She stared intently at a drunk, disheveled Nicky.

They are certainly going to have further interaction because both are dealing with the same issue, alcohol and forgetting the war. Nicky has been battling his demons longer, but the two might just be able to help each other.

Kevin is on his way to help his estranged uncle, putting him on a collision course with Cassidy too. There is not much known about the new character, but it does appear she is going to have a connection with two members of the Pearson family.

Asante Blackk plays Malik a teenage father struggling to do right by his infant daughter. Malik has the support of his hard-working parents, but they expect him to step up, as well as stay on the straight and narrow.

Malik’s doting dad Darnell, played by Omar Epps, wants to keep his son from making the same mistakes he did as a young man. Stephanie Blake plays Malik’s mom, who is trying to get her son to understand the responsibility of having a child.

In the last few minutes of the episode, Malik is introduced to the new girl at school, Deja. There is an instant crush between these two kids and it is adorable. Could it be that Deja is going to embark on her first real teenage romance?

Deja is all smiles when she gets home, and Randall can tell something is up. These two families are definitely going to be crossing paths this season. Young love is going to bring a new dynamic to Beth and Randall’s family.

These two are off in their own little world. Fans see the struggling blind musician and waitress meet, fall in love, get married, and end up pregnant.

Their connection to the Pearson clan is one that left fans shocked. It wasn’t until the last few minutes it is revealed the blind man is Toby and Kate’s grown son Jack, played by Blake Stadnik.

Thanks to a flashback of the new parents learning their premature son would never see, a new time jump was revealed. Jack’s story is well into the future, and no other Pearson’s were featured in his story, yet.

Introducing grown Jack, just took This Is Us to another level. His connection to the core family is evident. However, there is no indication of how much of Toby, Kate, Randall, and Kevin will be featured in his story.

It was probably the most shocking twist of the show, except for the twist at the end of the pilot.

Season 4 of This Is Us is off to a fantastic start. Watching the premiere was a little challenging since The Big 3 were only featured at the end. However, the payoff was well worth all the wondering that occurred during the show.

What did you think of the premiere? Do you like how the show is evolving?