Aisha Robinson (played by Nichole Brown) is a fan-favourite character in the Netflix series, Cobra Kai. She was a bullied student who joins the newly reopened Cobra Kai dojo in order to stand up to her bullies. Her character left in season three and fans are keen to know what happened to her.

Why did Aisha leave Cobra Kai?

Aisha used to be friends with Sam LaRusso (Mary Mouser) when they were children, but their relationship grew strained when Sam joined a more popular crowd.

She did not have many other friends beside Sam, and was often bullied by the more popular peers.

Aisha played a major role in the first season of Cobra Kai, as she learned how to defend herself at the new dojo.

Johnny Lawrence (William Zabka) had not been keen on the thought of her joining at first, but she soon proved herself worthy of a place.

By season two her role had diminished, as Sam’s relationship with Aisha continued to hit the rocks. 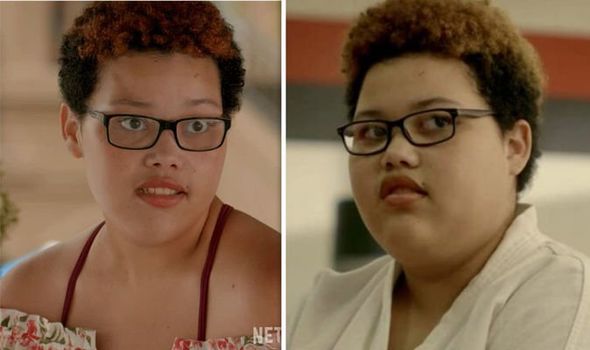 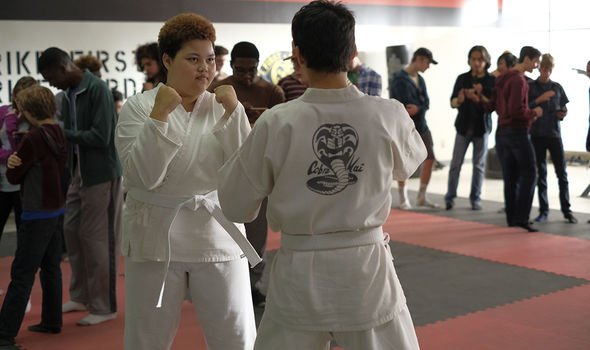 Sam and a new student, Tory (Peyton List), were later seen fighting outside their school, and Aisha tried to break it up.

A male student went to attack her, but she fought back and stood her ground.

Fans noticed her disappearance after the fight, and she is not around when Kreese (Martin Kove) took over the dojo.

Viewers were left wondering whether she was still one of the Cobra Kai students, and more sense was made of her disappearance in season three.

Following the fight at the school, Aisha’s parents pulled her out of school and transferred her to a private learning establishment. 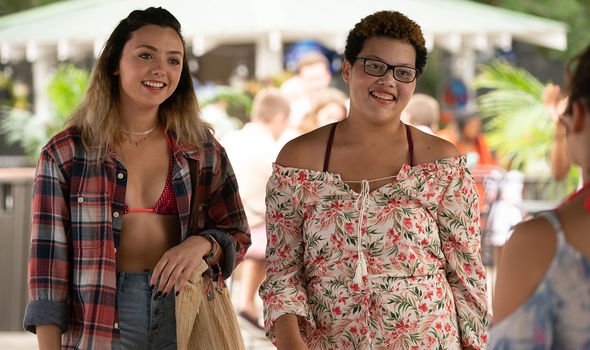 They wanted her to be as far away from Sam and other members of Cobra Kai as possible, as they felt they left a bad impression.

One of the series showrunners, Jon Hurwitz, said he loved Aisha and actress Brown, and her departure did not mean she had gone for good.

Some of the students simply did not make an appearance in the latest season, Aisha included – but there is always a chance she will return.

Brown is on Instagram and she thanked the creators for the opportunity to be a part of such a big show.

Fans did not take the news quite as well, with many slamming the show for not doing Aisha’s character justice. 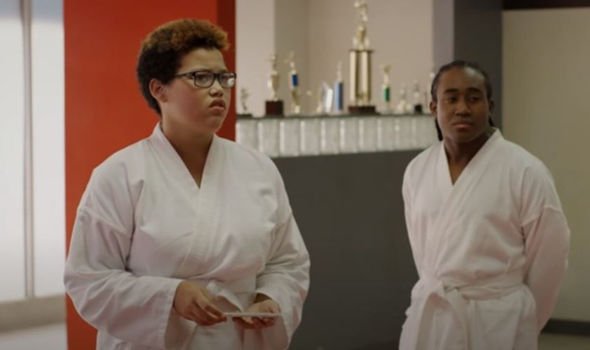 Season four of Cobra Kai is in the making, and there is every chance her character will make a comeback.

The creators said nobody had ever been written out of the show, and there were many opportunities for her to walk back in.

When the second season of the series reached number one on Netflix, the star said: “It was such a pleasure to be on that show, go check it out!”

Fans took to the actress’s Instagram to share their thoughts on her departure, with one saying: “@cobrakaiseries bring her back in Season 4, 5 & 6 etc.! Aisha is one of the cornerstone-characters of the show! [sic]”

Her character has been an inspiration to many viewers who have looked up to her for overcoming her fears.

Another viewer said: “Just finished watching S3 of Cobra Kai. I really missed you. Aisha is one of my favorite characters.”

She is one of the original Cobra Kai students, as she was the second behind Miguel Diaz (Xolo Maridueña) to enrol.

Fans continued to share their thoughts on Twitter, with one saying: “Watching Cobra Kai season 3 and I’m only on episode 2 and I could of already put Aisha In the script like 3 times…. I’m so upset she is gone she is my absolute favorite on the show… #CobraKai [sic].”

Another said: “I have so many ideas for how Aisha could have been in season 3 and honestly? I like the idea of her being at a different school. I’d love to see her struggle with adjusting to a new school while still trying to keep in touch with her old friends.”

Cobra Kai is on Netflix now