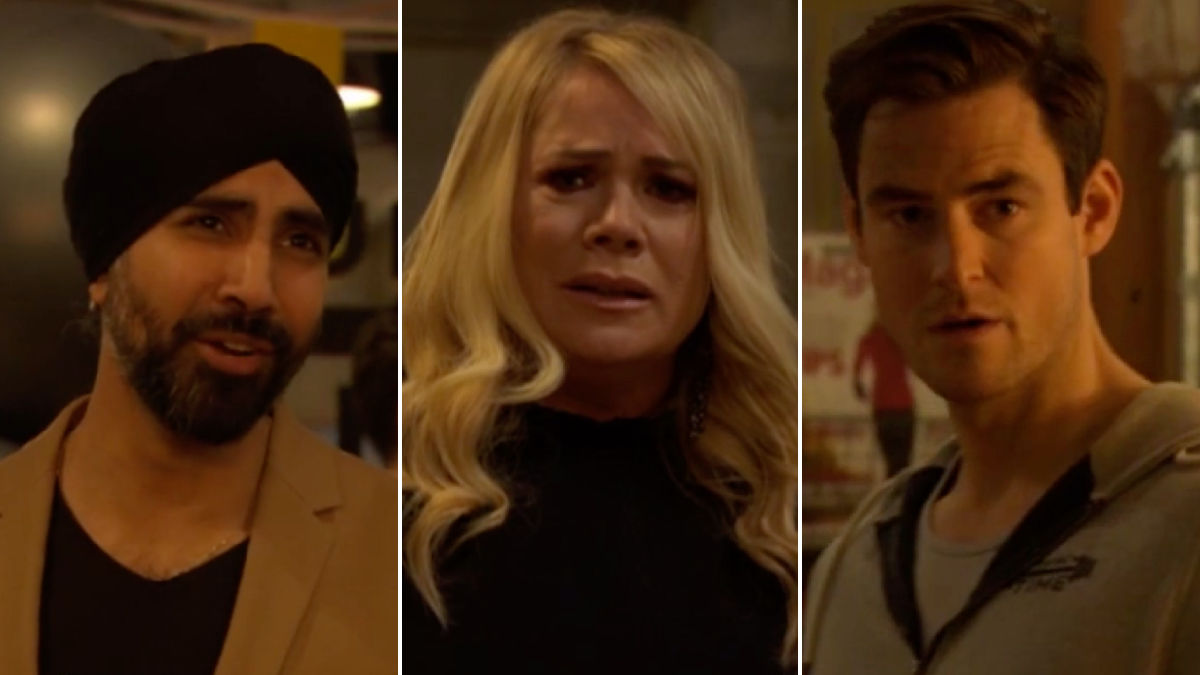 Sharon Watts (Letitia Dean) was left seething with Zack Hudson (James Farrar) in EastEnders tonight (May 24), after he punched Kheerat Panesar (Jaz Deol) in the face.

The stalwart of the BBC One soap was excited, as today saw the launch her new gym take place.

Kheerat arrived at the opening to wish Sharon – who he’s been secretly dating in recent weeks – all the best.

Zack, meanwhile, was busy chatting up a potential and important client – something which worried Sharon, as she was scared her brother’s actions might blow the whole thing.

Kheerat, therefore, offered to assist, as he attempted to lure Zack away from the client.

Zack, however, refused to stop what he was doing!

Spying an opportunity, Kheerat later locked him in the gym’s changing room!

Zack was livid, and banged on the door – desperate to be freed! Kheerat, meanwhile, decided to turn up the music to drown out the young man’s cries for help.

Sharon was excited when Linda Carter (Kellie Bright) arrived at the launch, but before the two could talk properly, it was time for her to make her speech.

The former Queen Vic landlady therefore got to the stage to speak, but as Nancy (Maddy Hill) turned down the music, Zack’s cries could be heard.

Nancy therefore freed Zack from his captivity, but Zack saw red and headed straight for Kheerat – punching him directly in the face!

Sharon was livid with her brother, given that he’s ruined her big day!

EastEnders continues Tuesday May 25 at 7:25pm on BBC One.